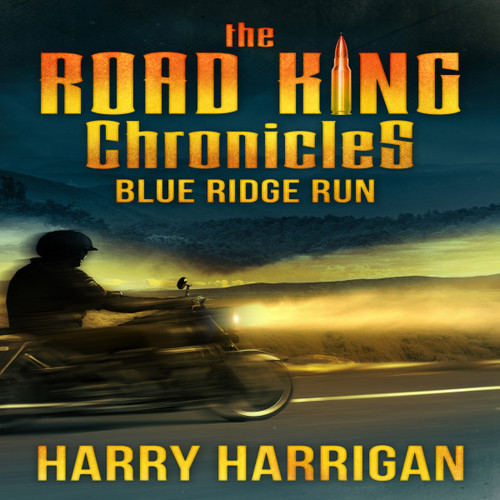 Master Sergeant Roman Keane is six hours and one last salute from retirement. After twenty-three years and three combat tours with the 75th Ranger Regiment, he’s got a Silver Star, a titanium knee and a plan to see America on his Road King motorcycle. No more patrols, no more firefights. Nothing more dangerous than passing the old work van rumbling along in front of him as he rides toward Hunter-Stewart and the sunset of his career in the Army. But just as he twists the throttle to pass, a woman’s bare foot smears a bloody print on the van’s back window. Roman turns back to help, triggering a chain of events that puts his brother Virgil and two old friends in the crosshairs of a murderer. Saving them sends Roman on a desperate ride from Savannah to DC, where he discovers that the past he has been trying to forget has not forgotten him. It’s been waiting patiently, holding his secret like a time bomb.

Harry Harrigan was born in Tokyo, Japan in 1949 and has been on the move ever since. He's lived in Florida, Washington, New York, Georgia, North Carolina, Texas, Connecticut and Massachusetts in the United States and also in Germany and Australia. Along the way he earned a bachelor's degree in marine biology from Yale and a masters in marine park management from the University of Rhode Island. Harry's military career included service as an officer in the Army and in the Commission Corps of the National Oceanic and Atmospheric Administration. Before retiring as a Commander, Harry qualified as a Ranger and helicopter pilot. Following his service, Harry embarked on a second career has an underwater photographer and travel writer. His work was published in hundreds of articles for Skin Diver, Sport Diver and Alert Diver magazines.About five years ago, Harry decided to get serious about the books he had been working on part time and devote all of his time to writing fiction. The first book in the Road King Chronicles series, Blue Ridge Run, was published in 2015, with Second Hand Snake following in 2017. The third book, South Dakota Dead, was released in August of 2018.

WORTH: A Story of Favor and Forgiveness

Be Unexpected: Resetting Routines to Revolutionize the FUTURE OF WORK