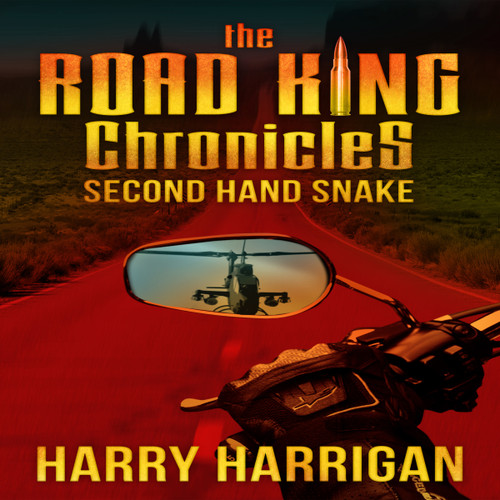 Synopsis:
Roman Keane has been in the saddle for the last four months, exploring America from his Road King. He was looking forward to getting home when a couple of old friends asked him for a favor. Would he help them deliver a collection of vintage motorcycles? No problem, he said. He didn’t even give it a second thought, until it nearly got them all killed. Now they’re in deep trouble, and before it’s over Roman will have to ask himself the hardest question anyone can face: how far will you go to save your friends?

Author Bio:
Harry Harrigan was born in Tokyo, Japan in 1949 and has been on the move ever since. He's lived in Florida, Washington, New York, Georgia, North Carolina, Texas, Connecticut and Massachusetts in the United States and also in Germany and Australia. Along the way he earned a bachelor's degree in marine biology from Yale and a masters in marine park management from the University of Rhode Island. Harry's military career included service as an officer in the Army and in the Commission Corps of the National Oceanic and Atmospheric Administration. Before retiring as a Commander, Harry qualified as a Ranger and helicopter pilot. Following his service, Harry embarked on a second career has an underwater photographer and travel writer. His work was published in hundreds of articles for Skin Diver, Sport Diver and Alert Diver magazines. About five years ago, Harry decided to get serious about the books he had been working on part time and devote all of his time to writing fiction. The first book in the Road King Chronicles series, Blue Ridge Run, was published in 2015, with Second Hand Snake following in 2017. The third book, South Dakota Dead, was released in August of 2018.