Conflict in the City 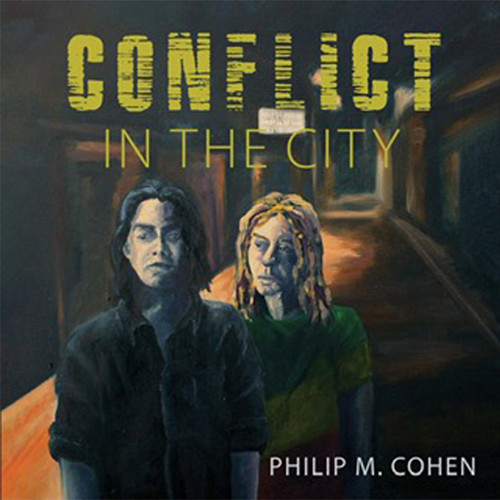 Conflict in the City

Conflict in the City is the first novel in the Conflict Series which blends classic L.A. noir with the vibrant modern music scene. Johnny "Whoops" Watson and Billy Bates, young guitarists/singers and their band, Conflict, are playing clubs in Los Angeles where the days of rock's zenith have faded but the hopes and dreams of aspiring musicians haven't. Conflict is struggling and chaos ensues when someone close to the band is killed. Johnny and Billy are swept up in the mystery, ill-prepared as they are to confront it.

Philip M. Cohen has lived in Los Angeles since his early 20's, working initially as a musician/songwriter and later as a music attorney.  This is his first published novel.

Conflict in the City is a lively and engrossing read. It presents a panorama of contemporary LA nightlife—full of diners and detectives, seedy clubs and starry-eyed musicians—in vivid detail. It’s got the snappy rhythm, punchy dialogue and memorable characters of Hollywood detective noir, complete with a hapless main character caught up in a cascade of mysterious events. There’s a sweetness at its core, however, as the importance of friendship and family is woven throughout the narrative.

Solved: How the World’s Great Cities Are Fixing the Climate Crisis