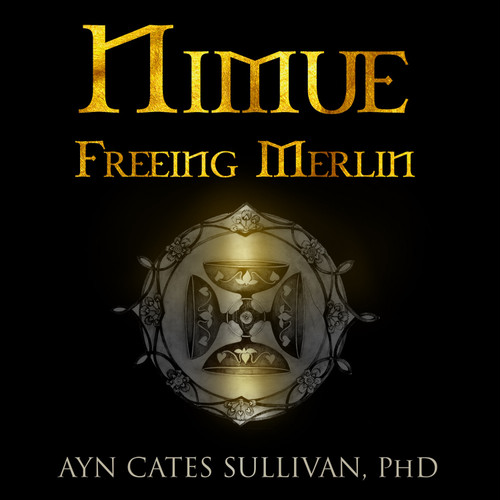 To discover what is true about ourselves, we often have to take a quest and undergo initiations that test us to the core. In this Celtic Heroine’s journey, a young modern-day woman, through a series of mystical events, realizes that she was a Lady of the Lake in a previous life. Believing she is a normal person just like any other, Nina has no idea of the mysteries that await her in Britain. She was, as it turns out, 5th century Nimue, the one responsible for sealing Merlin up in a tree until the hour of his return. Now, she is the only one who can find him, and the world depends on it. Traveling back in time to Ynys Witrin, the Isle of Glass, she discovers more than she ever imagined possible. Nimue: Freeing Merlin is a stand-alone novel, and also part of the Legends of the Grail series. The books do not need to be read in order, but all of the legends and folktales interrelate. The earlier books in the series focus on Celtic Goddesses and Heroines. Like the other books in the series, there are Celtic rituals, mystical practices and visualizations for the avid reader who wishes to delve more deeply into Celtic and Arthurian mysteries.

Ayn Cates Sullivan, MA, MFA, Ph.D. is an award-winning, Amazon best-selling author and popular podcast host of Wisdom of the Ages: http://wisdomoftheages.superpowerexperts.com Ayn writes stories for all ages designed to uplift, heal and inspire. She is well known for her Legends of the Grail series includes, which includes Legends of the Grail: Stories of Celtic Goddesses, her Amazon best-seller Heroines of Avalon & Other Tales, and a novel launching in 2021, Nimue: Freeing Merlin. The series has won multiple literary awards. Her best-selling fable, A Story of Becoming, won 18 top literary awards. There are six books in her award winning and successful Sparkle series for children: Sparkle & The Gift, Sparkle & The Light, and Sparkle & The Dragon Awakeners (2021). Her Sparkle Fairy Tales (industry standard picture books for ages 4-8) include: Kachina's Rose, Ella's Magic and Undina's Spell. Ayn's other books include three books of poetry: Three Days in the Light, Tracking The Deer, and The Windhorse: Poems Of Illumination. Her debut book published by Findhorn Press in Scotland is a book on health and healing called Consider This by Ayn W. Cates (maiden name). She holds a master's degree in spiritual psychology from USM, and a masters and doctorate in literature from Columbia University and King's College London. Ayn Cates Sullivan is in several anthologies including the Amazon best-seller High Profit Secrets (2020), and a true story called "Mending Broken Hearts" which appears in Thresholds, a best-selling collection of healing tales.

Ayn Cates Sullivan’s Nimue is a magical journey through the ancient Celtic world and a time traveler’s delight. She masterfully shares deep wisdom that awakens our memories at a time when we are called to free the slumbering Merlin within ourselves. The Goddess has returned to restore balance and Sullivan’s story is a powerfully written wakeup call. - Julie Loar, author of Ancient Skywalkers & Mythic Themes

Bulletproof Selling: Systemizing Sales For The Battlefield Of Business