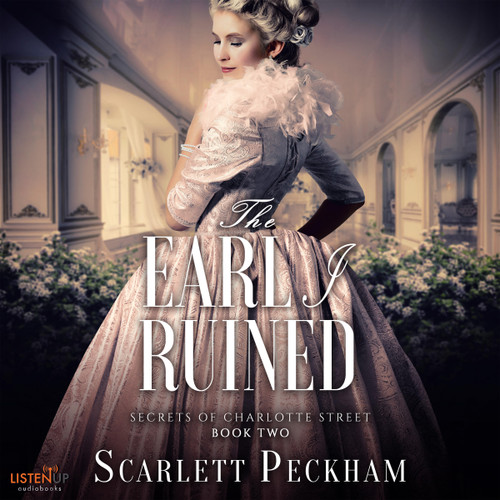 She's beautiful, rich, and reckless. When Lady Constance Stonewell accidentally ruins the Earl of Apthorp's entire future with her gossip column, she does what any honorable young lady must: offer her hand in marriage. Or, at the very least, stage a whirlwind fake engagement to repair his reputation. Never mind that it means spending a month with the dullest man in England. Or the fact that he disapproves of everything she holds dear. He's supposedly the most boring politician in the House of Lords. Julian Haywood, the Earl of Apthorp, is on the cusp of finally proving himself to be the man he's always wanted to be when his future is destroyed in a single afternoon. When the woman he's secretly in love with confesses she's at fault, it isn't just his life that is shattered: it's his heart. They have a month to clear his name and convince society they are madly in love. But when Constance discovers her faux-intended is decidedly more than meets the eye, not to mention adept at shocking forms of wickedness, she finds herself falling for him. There's only one problem: he can't forgive her for breaking his heart.

Poems Of A Bering Sea Captain Volume I