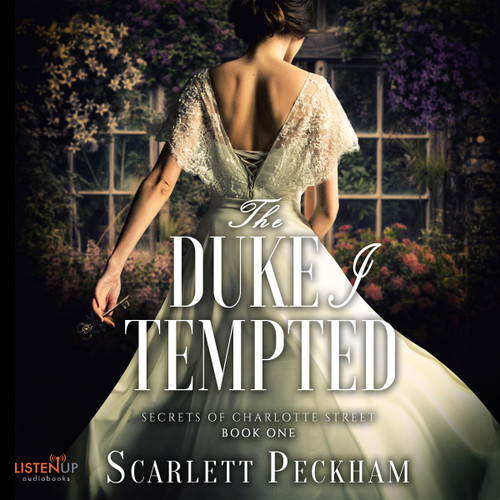 He's controlled. Meticulous. Immaculate. No one would expect the proper Duke of Westmead to be a member of London's most illicit secret club. Least of all: his future wife. Having overcome financial ruin and redeemed his family name to become the most legendary investor in London, the Duke of Westmead needs to secure his holdings by producing an heir. Which means he must find a wife who won't discover his secret craving to spend his nights on his knees, or make demands on his long scarred-over heart. Poppy Cavendish is not that type of woman. An ambitious self-taught botanist designing the garden ballroom in which Westmead plans to woo a bride, Poppy has struggled against convention all her life to secure her hard-won independence. She wants the capital to expand her exotic nursery business, not a husband. But there is something so compelling about Westmead, with his starchy bearing and impossibly kind eyes, that when an accidental scandal makes marriage to the duke the only means to save her nursery, Poppy worries she wants more than the title he is offering. The arrangement is meant to be just business. A greenhouse for an heir. But Poppy yearns to unravel her husband's secrets and to tempt the duke to risk his heart.

Poems Of A Bering Sea Captain Volume I