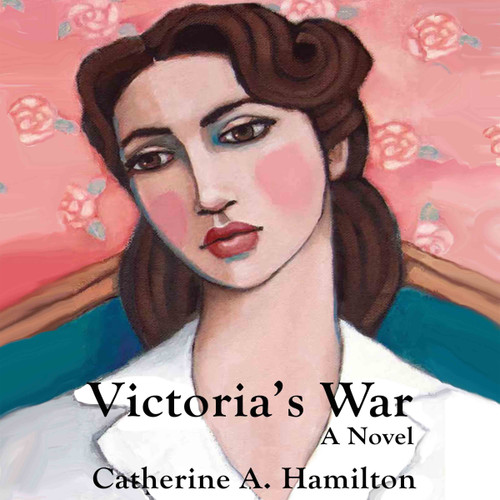 In VICTORIA’S WAR, Hamilton gives voice to the courageous Polish Catholic women who were kidnapped into the real-life Nazi slave labor operation during WWII. Inspired by true stories, this lost chapter of history won’t soon be forgotten. POLAND, 1939: Nineteen-year-old Victoria Darski is eager to move away to college: her bags are packed and her train ticket is in hand. But instead of boarding a train to the University of Warsaw, she finds her world turned upside down when World War II breaks out. Victoria’s father is sent to a raging battlefront, and the Darski women face the cruelty of the invaders alone. After the unthinkable happens, Victoria is ordered to work in a Nazi sewing factory. When she decides to go to a resistance meeting with her best friend, Sylvia, they are captured by human traffickers targeting Polish teenagers. Sylvia is singled out and sent to work in the brothels, and Victoria is transported in a cattle car to Berlin, where she is auctioned off as a slave. GERMANY, 1941: Twenty-year-old Etta Tod is at Mercy Hospital, where she’s about to undergo involuntary sterilization because of the Fuhrer’s mandate to eliminate hereditary deafness. Etta, an artist, silently critiques the propaganda poster on the waiting room wall while her mother tries to convince her she should be glad to get rid of her monthlies. Etta is the daughter of the German shopkeepers who buy Victoria at auction in Berlin. The stories of Victoria and Etta intertwine in the bakery’s attic where Victoria is held—the same place where Etta has hidden her anti-Nazi paintings. The two women form a quick and enduring bond. But when they’re caught stealing bread from the bakery and smuggling it to a nearby work camp, everything changes.

Catherine A. Hamilton is a freelance writer of Polish decent whose articles and poems appear in magazines and newspapers, including The Sarasota Herald Tribune, The Oregonian, The Catholic Sentinel, the Dziennik Zwiazkowy (the oldest Polish newspaper in America), and the Polish American Journal. She is author of the book chapter, “Katherine Graczyk,” in Forgotten Survivors: Polish Christians Remember the Nazi Occupation, edited by Richard C. Lukas, pp.31-37, (University Press of Kansas, 2004). Hamilton lives in the Northwest with her husband. www.catherineahamilton.com

A searing reminder of the many lesser-known World War II stories that still need to be told. - Kirkus Review

Bulletproof Selling: Systemizing Sales For The Battlefield Of Business