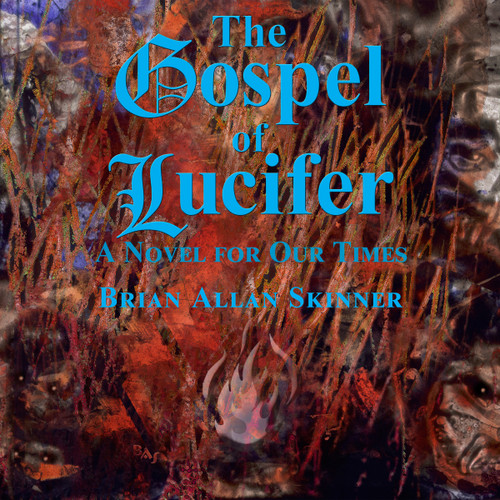 Lucifer, to escape the cold of a Northern New Mexico winter, steps into an old adobe church, intruding on a baptism. By insinuating himself into the boy’s and sponsors’ lives, Dr. Luke Ferrer becomes Adám’s tutor, though it is unclear whose education is being undertaken. The Prince of Darkness, intent on instructing a new race of human beings loyal to him, is confounded to learn that his protégé “does not like girls in that way”. Adam likes boys, especially his mejor amigo. This is but the first of many challenges and obstacles Lucifer must face and overcome. Adam and Iver join an age-old underground organization whose goals are directly opposed to those espoused by Lucifer. Though the boyhood chums accede nothing to him, Lucifer does not abandon hope that he will one day win them over to his side. During a cross-country trip in the friends’ rusty Outback, the devil disguises himself as a mouse and other creatures to spy on them and learn what he can about the rebel group The Not Named. Replete with humor and insight, The Gospel of Lucifer encourages us to face our shadows and acknowledge those aspects of ourselves we would rather banish.

Brian Allan Skinner is the author of four volumes of interwoven short fiction, in addition to his novel, Our Lady of Roswell. He has written and published more than 120 short stories which have appeared in small press and literary magazines and anthologies. He is a former poetry and non-fiction reviewer for Kirkus Reviews and a production artist for Scientific American Newsletters in New York City. In 2015, Brian moved to Taos, New Mexico, which he first visited with his grandmother on a cross-country train trip aboard the Santa Fe Chief in 1960. He quickly settled into the thriving artistic and literary communities of Taos from which he draws sustenance.

Title: The Gospel of Lucifer

Subtitle: A Novel for Our Times

In the Fullness of Time