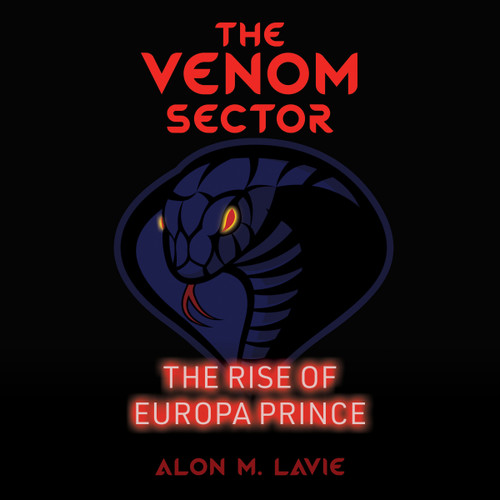 An experiment in space gone horribly wrong; that’s usually how it all starts. The result? Hundreds of thousands of hostile aliens watch and wait for their chance to invade Earth and exterminate the human race. Payback. Mankind’s hope rests in the hands of a few friendly aliens out there who somehow see the value of human life because they know us. They should know; after all, they came from Earth. In many ways, these aliens know us better than we know ourselves. But some of them are working against us, plotting to overthrow the very foundations of humanity. If we don’t figure out a way to stop them, it will surely be the end of us!

As a child, growing up I didn't have any friends so I created my own little world to escape to. What really helped is that my father is an aerospace engineer. He would bring home books on different types of airplanes that helped fuel my imagination. This, coupled with my love for insects, reptiles, and arachnids THE VENOM SECTOR series was born. Though, at the time I had no idea I would be sharing this incredible world with other people. So enjoy!

The Rise of Europa Prince by Alon Lavie is the first book in the author's The Venom Sector series, which propels readers into a future where the existence of mankind is in grave danger as contentious aliens await the opportunity to destroy the human race. The only thing keeping them at bay are the more benevolent aliens who have determined that mankind is worth saving. And at the heart of it all is a fiery protagonist named Alexa, who always seems to be one step ahead of her nemesis, Black Widow, in a race to save humanity and restore a propitious balance in a universe ripe for slaughter. The Rise of Europa Prince by Alon Lavie is a fast paced debut into the best that science fiction writing has to offer. The story is well drawn out and the author has a real talent for action scenes and tension building, which makes the story wonderfully accessible and engaging to readers. The icing on the cake is truly a strong female cast, one in which a supporting character - Ayana - can walk up to the President of the United States while he's still in bed and lay out the what's-what in the world, with the word "sir" being tagged on toward the end of the conversation, almost as an afterthought. You've got to love a book where women are running the show. This book is well developed and the characters are well fleshed out, but where it shines and ticks the most important box of all is in its pacing and action sequences. If you're looking for a space-age thrill read, this is it.

Applied Wisdom for the Nonprofit Sector