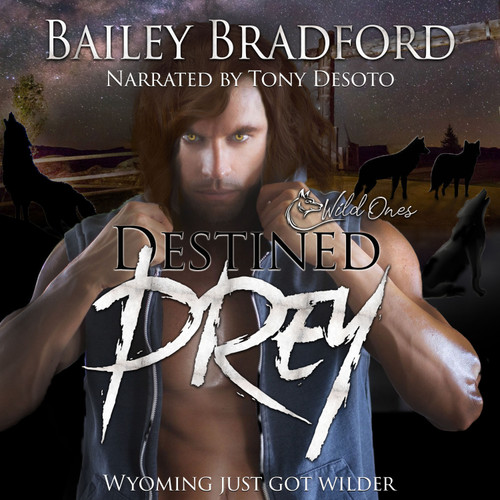 The call of the wild has never been so hot. All Jack Tucker wanted was to come home for a little while and try to figure out where his life had gone wrong. Moving from Wyoming to New York didn’t turn out the way he’d thought it would, and a bad breakup has left him bruised—emotionally and otherwise. He doesn’t expect to be glad he’s back on the Double T Ranch with his brother, Rhett, and he sure doesn’t expect to find the place crawling with coywolves, wolves and coyotes. There seems to be some kind of animal warfare going on, and he and Rhett are caught in the middle of it. Coywolves—the hybrid of wolves and coyotes, hated by both, and more predatory than either. Add in the fact that all the battling species are shifters, and there’s bound to be trouble. Ben Akers is part of his brother’s pack. The only coywolf shifters in existence, they find themselves under constant attack from wolf and coyote packs determined to make the Akers pack extinct. But coywolves don’t die out so easy, and when Ben’s life takes a surprising turn in the form of one sexy human named Jack Tucker, they’re both in for surprises, danger and the chance at the kind of love most people—and shifters—can only dream of…

A native Texan, Bailey spends her days spinning stories around in her head, which has contributed to more than one incident of tripping over her own feet. Evenings are reserved for pounding away at the keyboard, as are early morning hours. Sleep? Doesn't happen much. Writing is too much fun, and there are too many characters bouncing about, tapping on Bailey's brain demanding to be let out. Caffeine and chocolate are permanent fixtures in Bailey's office and are never far from hand at any given time. Removing either of those necessities from Bailey's presence can result in what is known as A Very, Very Scary Bailey and is not advised under any circumstances.