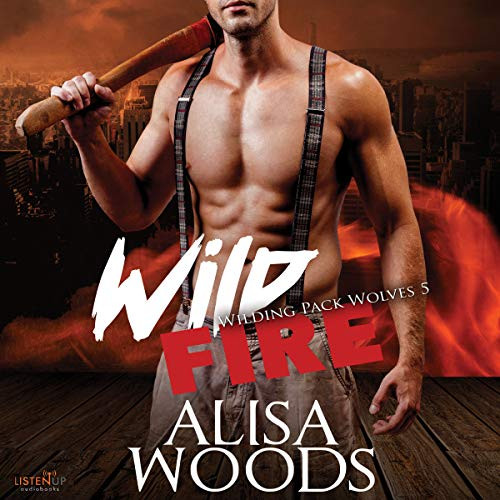 He's a hot fireman. She's a cool scientist. The wildfire between them is nothing short of magic. Zoe Wilding is a genetic researcher with a secret she'd rather not have. She's a white wolf. But with Agent Smith's immorally acquired experimental data on shifters, that may change. If she can just isolate the gene that expresses her dangerous white wolf, she'll finally have a normal life. One that might include a man, if not a mate. Then her lab blows up. Troy Hartman is a firefighter and EMT who fought his way out of the shifter gangs as a kid. He's been watching the Wilding family in the news as they battle the Wolf Hunter, and he's been itching to join the cause. When the Wilding research facility gets firebombed, he's first on the scene, and first to rescue a beautiful blue-eyed white wolf. Only this is no ordinary shifter. All five of the Wilding families have now been targeted by the Wolf Hunter, and the entire cadre of white wolves—Grace, Noah, Kaden, Owen, and now Zoe have joined together to find him. Troy's all-in with Daniel Wilding for the hunt, but the closer Troy gets to Zoe, the more his wolf wants her, only she's hell-bent on destroying the magic inside her. Can he win over this gorgeous girl and get her to accept the beauty of her inner wolf. Or will finding the Wolf Hunter destroy the wild fire inside the woman he's starting to love?