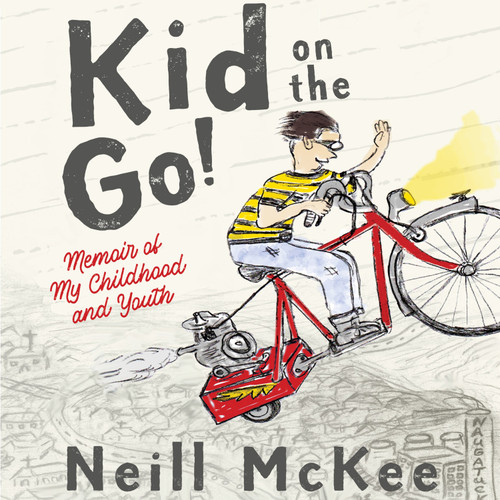 Kid on the Go! is Neill McKee's third work of creative nonfiction. It's a standalone prequel to his award-winning Finding Myself in Borneo. In this new book, McKee takes readers on a journey through his childhood, adolescence, and teenage years from the mid-40s to the mid-60s, in the small, then industrially-polluted town of Elmira, Ontario, Canada-one of the centers of production for Agent Orange during the Vietnam War. McKee's vivid descriptions, dialogue are a study of how a young boy learned to play and work, fish and hunt, avoid dangers, cope with death, deal with bullies, and to build or restore "escape" vehicles. You may laugh out loud as the author recalls his exploding hormones, attraction to girls, rebellion against authority, and survival of 1960s' "rock & roll" culture-emerging on the other side as a youth leader. After leaving Elmira, McKee describes his intensely searching university years, trying to decide which career path to follow. Except for a revealing postscript, the story ends when he accepts a volunteer teaching position on the island of Borneo, in Southeast Asia.

Neill McKee is a creative nonfiction writer based in Albuquerque, New Mexico. His first travel memoir, Finding Myself in Borneo: Sojourns in Sabah has won three awards. His second travel memoir, Guns and Gods in My Genes: A 15,000-mile North American search through four centuries of history, to the Mayflower, is a deep dive into his ancestry, written in a refreshingly creative way. McKee holds a bachelor's degree from the University of Calgary and a master's degree in Communication from Florida State University. He worked internationally for 45 years, becoming an expert in the field of communication for social change. He directed and produced a number of award-winning documentary films/videos, popular multimedia initiatives, and has written numerous articles and books in the field of development communication. During his international career, McKee was employed by Canadian University Service Overseas (CUSO); Canada's International Development Research Centre (IDRC); UNICEF in Asia and Africa; Johns Hopkins University, Baltimore, Maryland; Academy for Educational Development and FHI 360, Washington, D.C. He worked and lived in Malaysia, Bangladesh, Kenya, Uganda, and Russia for a total of 18 years and traveled to over 80 countries on short-term assignments. In 2015, he settled in New Mexico, using his varied experiences, memories, and imagination in creative writing.

Not Enough Time - My Poetry Book