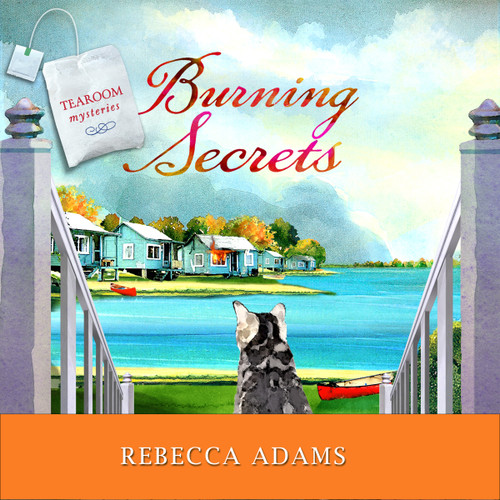 As Jan prepares for a group tea one autumn afternoon, she glances out the window and sees a plume of smoke arising from one of Macy Atherton's Green Glade cottages! Macy's desperate plea for Jan's and Elaine's help is followed by the appearance of Deputy Sheffield, who seems intent on questioning their sometimes difficult neighbor and customer. Arson? With Macy as the prime suspect? But not everything is as it appears. As Jan and Elaine follow the trail of clues, they uncover a much deeper mystery, with ties even to World War II. Meanwhile, Jan's daughter, Tara, reaches an exciting milestone with her jewelry business and Elaine discovers some enticing information about the family that owned the mysterious sapphire ring they found. But how did it end up in the tearoom's walls?