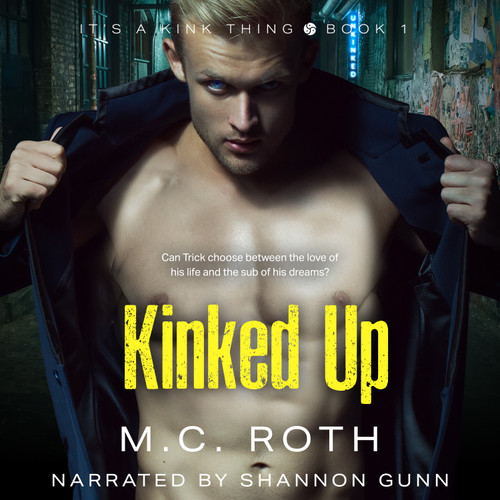 Can Trick choose between the love of his life and the sub of his dreams? Nav can’t count the number of times he has wished he could close his eyes, hand over the reins and let someone take care of him. It’s a dream that none of his exes have been able to fulfill—not that he really understands what he needs. At least, he doesn’t until he stumbles into a dark alley to get away from the bustling noise on the dance floor where he doesn’t belong. He’s not alone in the alley, and the stranger who gives him everything he’s longing for isn’t a stranger at all but Trick, his gorgeous neighbor who has a body that models would kill for and the softest blue eyes that Nav has ever seen. Trick has everything he could ever wish for, including his kinky fiancé, Theo, who has been by his side for ten years. So, when Trick sets up an intense scene in an alleyway that pushes their boundaries beyond anything he could have imagined, his life seems perfect. But when the alley lights flicker on, he discovers the man against him isn’t his fiancé at all. One perfect mistake will change their lives forever.

M.C. Roth lives in Canada and loves every season, even the dreaded Canadian winter. She graduated with honors from the Associate Diploma Program in Veterinary Technology at the University of Guelph before choosing a different career path. Between caring for her young son, spending time with her husband, and feeding treats to her menagerie of animals, she still spends every spare second devoted to her passion for writing. She loves growing peppers that are hot enough to make grown men cry, but she doesn’t like spicy food herself. Her favoritething, other than writing of course, is to find a quiet place in the wilderness and listen to the birds while dreaming about the gorgeous men in her head.