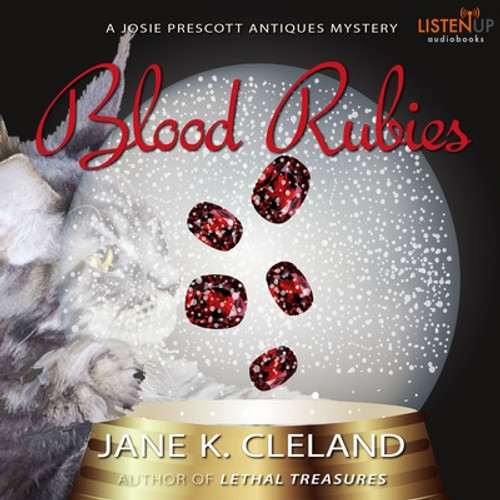 Ana Yartsin is on the verge of becoming a celebrity chef. Her custom Fabergé egg-shaped cakes have brought her national attention, as has the story behind the cakes: Her family owns the spectacular Fabergé Spring Egg snow globe, a magnificent example of the master craftsman's work that includes five ruby-red tulips. As she prepares to be filmed for a reality TV show about the launch of her bakery in Rocky Point, New Hampshire, Ana hires antiques expert Josie Prescott to appraise the precious egg and snow globe. The show's pilot will show Ana planning the desserts for the upcoming wedding of her friend Heather to investment guru, Jason. When Josie arrives at Ana's home, however, she finds Jason murdered and the priceless snow globe smashed beyond repair. All that remains for Josie to examine are bits and pieces―which to her shock reveal that the Spring Egg was a fake. What has happened to the real Fabergé snow globe, if it even existed? And what does that have to do with Jason's murder? Never one to resist a puzzle, Josie teams up with her reporter friend Wes to investigate. With Jane K. Cleland's trademark combination of antiques expertise and ingenious detection, Blood Rubies is an irresistible new mystery featuring the much-loved amateur sleuth, Josie Prescott.