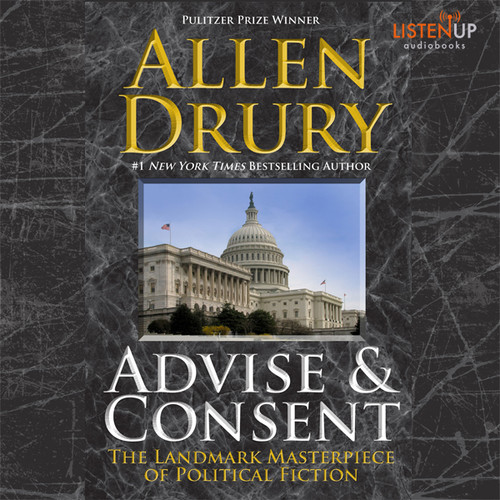 Allen Drury has penetrated the world’s stormiest political battleground—the smoke-filled committee rooms of the United States Senate—to reveal the bitter conflicts set in motion when the President calls upon the Senate to confirm his controversial choice for Secretary of State. This novel is a true epic showing in fascinating detail the minds and motives of the statesmen, the opportunists, the idealists. From a Senate old-timer’s wily maneuvers, a vicious demagogue’s blistering smear campaign, the ugly personal jealousies that turn a highly qualified candidate into a public spectacle, to the tragic martyrdom of a presidential aspirant who refuses to sacrifice his principles for his career—never has there been a more revealing picture of Washington’s intricate political, diplomatic, and social worlds. Advise and Consent is a timeless story with clear echoes of today’s headlines.