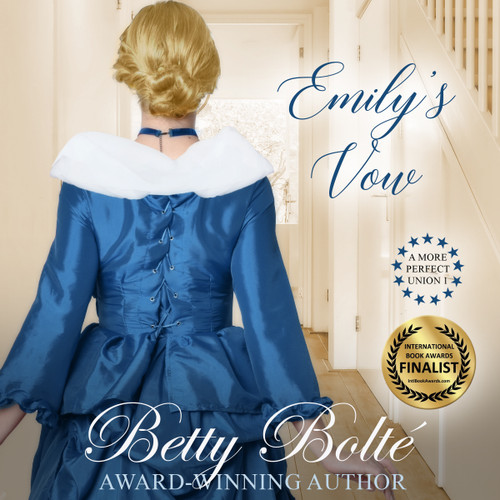 How could she love a man suspected of being a turncoat?

As the American Revolution drags on, Charles Town, South Carolina, remains under siege by the British, and one woman’s father is determined to marry her off to a suspected traitor. Emily Sullivan is beset from all sides but vows to fight her own war for independence. Using the best tool she has—her pseudonymous essays—she embarks on a path toward her freedom, risking the town’s condemnation as a female writer. A path putting her at ever greater odds with her father and the man she’s supposed to marry.

Frank Thomson walks a fine line between spying for the Americans and being a perceived loyalist traitor. He desires to end the blasted war and return to his private life. Unfortunately, the enemy conscripted his home. He accepts lodging from Captain Sullivan, happy to be under the same roof as his beloved Emily until his house is returned. Posing as a simple printer of broadsheets and pamphlets, he sends crucial encrypted intelligence to the general camped outside of town. But when Frank learns Emily has been imprisoned by the enemy, he risks his own life, freedom, and heart for hers.