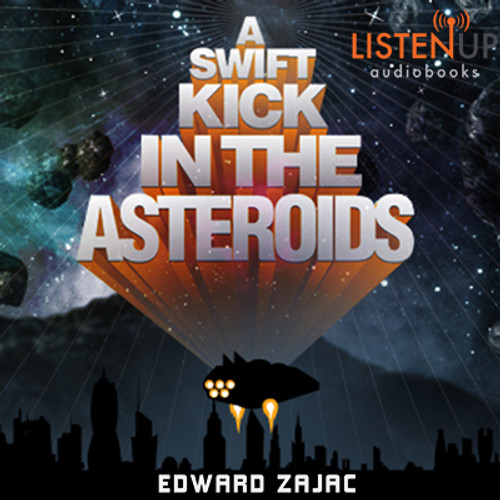 Neurotic tech Zagarat Cole had no choice but to steal 432,985 credits from the Deus Syndicate. It was the only way to pay for his mother’s medical treatments. So, when a Deus executive called Zag walks into his office, he knew the jig was up. Or down. Yet to Zag’s astonishment, the executive didn’t excoriate, eviscerate, or “ate” him at all. He offered him a job. The Deus CEO would consider it a personal favor if Zag helped privateer, ladies’ man, and all around great guy Fletcher Griffin with an easy outsource assignment. Were the fates smiling on Zag for once in his sunning life? Until then, it seemed like whoever was writing his story in the Great Cosmic Diary just plain didn’t like Zag. But here was an opportunity to curry favor from the tenth most powerful CEO in the known universe and possibly even make a few credits on the side. However, Zag quickly learns that nothing is easy when Fletcher Griffin is involved. He soon finds himself hacking into the corporation’s database, searching for incriminating evidence linking a Deus executive to Galustay; an insidious drug that can only be derived by harvesting adrenaline from living Weiylans. Now Fletcher and Zag must find a way to stop the harvesters and free the Weiylans, all the while fighting off a case of intentionally induced food poisoning, avoiding the ire of a powerful executive and generally running for their lives wherever they go. And yet, something strange happens to Zag along the way. His anxieties dwindle away, subsumed by something called courage. All because of an enigmatic privateer who is more than what he seems. And he seems to be a bumbling idiot.