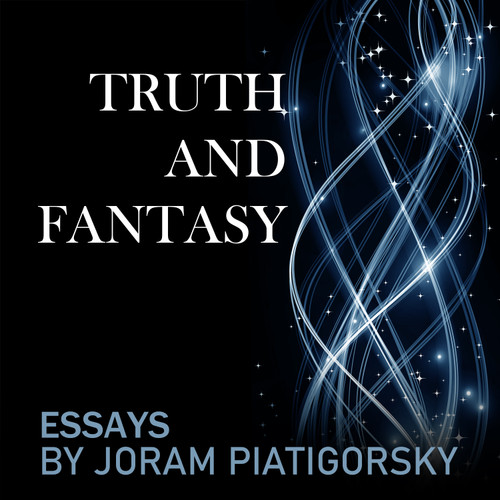 The 67 essays in Truth and Fantasy explore diverse themes from different perspectives based on the author's and narrator's experiences. The essays are neither comprehensive nor meant to argue forcefully for any single viewpoint, rather, they are meant to stimulate and inspire additional thoughts and ideas.

Beginning essays include musings on random thoughts on the power of silence and neutral and indifference. Subsequent essays emerge from a lifelong career in biology research and touch on whether the ability to evolve is an evolutionary trait. Other essays argue that the nature of intelligence and aesthetics can be traced throughout the animal kingdom, including even so-called "mindless" invertebrates. Challenging subjects are covered in essays about the foundations and meaning of creativity, considering even the role of boredom and imperfections as sources of creativity. Other essays deal with ambition and the relative significance of the buried streams of time between the specific, visible, highlighted episodes in life. The essays include reflections relating competitive tennis to general issues of life. Personal essays express gratitude for 50 years of marriage, the miracle of having children and grandchildren, the positive nature of kindness, the despondence of losing a treasured wedding ring, and relief when it's found. The essays cover art: how it's valued, the significance of authenticity, the importance of ambiguity, and the experiences of amassing a world-class collection of Inuit sculptures. Then, comparing science and writing, essays include immersion in writing memoirs, fiction, and personal essays after a career in science and speculate on storytelling similarities between science and writing. Essays describe uplifting experiences and broadening horizons by traveling to exotic places – Israel, Iceland, Greenland, Portugal, and West Africa – and the nostalgia of returning after 40 years to the science laboratories in Puget Sound as a writer instead of a science student. Finally, essays maintain that aging need not dampen ambition and creative efforts but do not ignore the inevitability of death and its value in defining the marvel and privilege of life.

Joram Piatigorsky was an undergraduate at Harvard College (1958 – 1962) and received a Ph.D. at the California Institute of Technology (1967). After a postdoctoral fellowship followed by research at the National Institutes of Health (NIH), he established and headed the Section of Cellular Differentiation at the National Institute of Child Health and Human Development (1976) and then founded and headed the Laboratory of Molecular and Developmental Biology at the National Eye Institute (1981). He has trained 30 – 40 postdoctoral scientists who populated academic and industrial scientific areas, published 300 scientific articles, chapters and reviews, including a book generalizing his discoveries on gene evolution, Gene Sharing and Evolution, Harvard University Press, 2007. He has received numerous recognitions, including the Helen Keller Prize for Vision Research (2008), and lectured world-wide, served on funding study sections, advisory and trustee boards, and editorial boards for scientific journals. He closed his laboratory and became an emeritus scientist at NIH to devote his time to writing (2009).

As a writer since closing his research laboratory, he has posted blogs on his website (https://joramp.com), published essays in magazines, and established a growing website for his Inuit art collection (https://inuitbeautiful.com).  Adelaide Books has published his following books. Non-Fiction: The Speed of Dark (Memoir, 2018); Truth and Fantasy (Essays, 2021). Fiction: A Trilogy of novels. Jellyfish Have Eyes, 2020; Roger’s Thought-Particles, 2021; Regina’s Imagination Universe, 2022); The Open Door (Short Stories, 2019); Notes Going Underground (Short Stories, 2020).

Piatigorsky has two sons and five grandchildren and lives in Bethesda with his wife, Lona. He can be reached at joram@joramp.com.