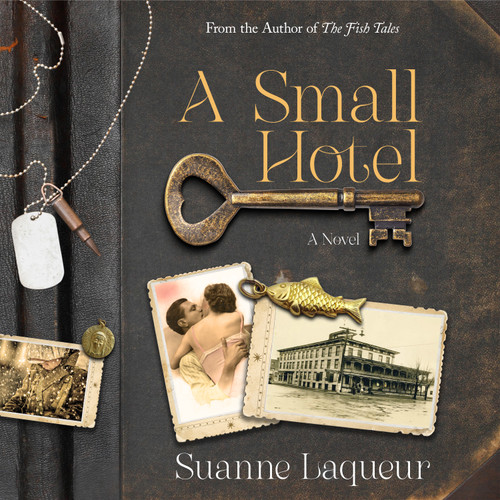 An American Family. A World War. A First Love. A Small Hotel. It’s the summer of 1941. Europe is at war, but New York's Thousand Islands are at the height of the tourist season. Kennet Fiskare, son of a hotel proprietor, is having the summer of a lifetime, having fallen deeply in love with a Swedish-Brazilian guest named Astrid Virtanen. But the affair is cut short and the young lovers permanently parted, first by Astrid’s family obligations, then by America’s entry into the war. The rigors of military life help dull his heartache, but when Kennet’s battalion reaches France, he is thrown into the crucible of front line combat. As his unit crosses Europe, from the Battle of the Bulge in Belgium to Mauthausen concentration camp in Austria, Kennet falls into a different kind of love: the intense camaraderie between soldiers. It's a bond fierce yet fragile, vital yet expendable, here today and gone tomorrow. Sustained by his friendships, Kennet both witnesses and commits the unthinkable atrocities of warfare, altering his view of the world and himself. To the point where a second chance with Astrid in peacetime might be the most terrifying and consequential battle he’s ever fought. With her signature blend of soul-stirring prose and emotional complexity, Laqueur takes readers on a journey through events that shape an American family’s weakest moments and finest hours. A Small Hotel illuminates the experience of ordinary people thrown into extraordinary circumstances, and their once-in-a-generation camaraderie, courage and resiliency. It’s a novel for the world, a heartbreaking, uplifting story of family, love and human endurance.

A former professional dancer and teacher, Suanne Laqueur went from choreographing music to choreographing words. After graduating from Alfred University with a double major in dance and theater, Laqueur taught at the Carol Bierman School of Ballet Arts in Croton-on-Hudson for ten years. An avid reader, cook and gardener, she started her blog EatsReadsThinks in 2010 and published her debut novel, The Man I Love, in 2014, which won a gold medal in the 2015 Readers' Favorite Book Awards and was named Best Debut in the Feathered Quill Book Awards. Her fourth novel, An Exaltation of Larks, was the grand prize winner in the 2017 Writer's Digest Book Awards, and took first place in the 2019 North Street Book Prize. Her latest novel A Small Hotel, was the silver winner in Foreword Reviews 2021 Book of the Year. Laqueur lives in Westchester County, New York with her husband and two children.